Over the last 24 hours, we've had the worst of the high pressure killing our wind and bringing us to a standstill. The evening was beautiful with a fabulous sunset under the clouds, but there was very little wind. For a while we did get up to 9 knots boat speed but by 6am the wind was down to 1 to 2 knots from the West – not ideal for racing. What was more frustrating was watching Lucy Georgina come in on fresh wind and close the gap we had worked so hard to build all the way across the Atlantic.

We now figure we have to gain 5 hours ahead of them if we have any chance of beating them to first place. That's handicap yacht racing though! We saw the SW corner of Ireland and a little glance of the Fastnet Rock in the distance, however we're carefully trying to get South without putting ourselves into the High Pressure again, currently doing between 7 – 9 knots towards Lands End. Because of the lack of wind, yesterday was fairly relaxed with quite a number of crew on the foredeck taking in the sunshine... Modern yachting, with a bluetooth speaker playing relaxing vibes from various mobile phones.

Scarlett returned to the bow in a stressed state later in the evening after she couldn't find her mobile phone but very luckily found it in the spinnaker bag... that could of very easily been hoisted into the Irish Sea! Aladin is currently making apple crumble and with 5 of the crew fast asleep, all's calm. We'll reach 3G signal tomorrow so no doubt that will change. Rob, Mark & Jens have a dash to the airport on Saturday to fly back to Aus & Finland... it will be a very short stop in the UK! ETA still stands at late on Thursday night. Giles' has a fresh team waiting on the dock and hopes to start the Cowes Dinard race early on Friday Morning so we're slowly preparing the boat for a very very quick turnaround.

We hope we can make it (and gain 5 hours on Lucy Georgina at the same time!!!) Some photos from today (the old men on deck, and last night's sunset) for your fun! Chris on Pata Negra (wondering what might be happening in the rest of the world!) 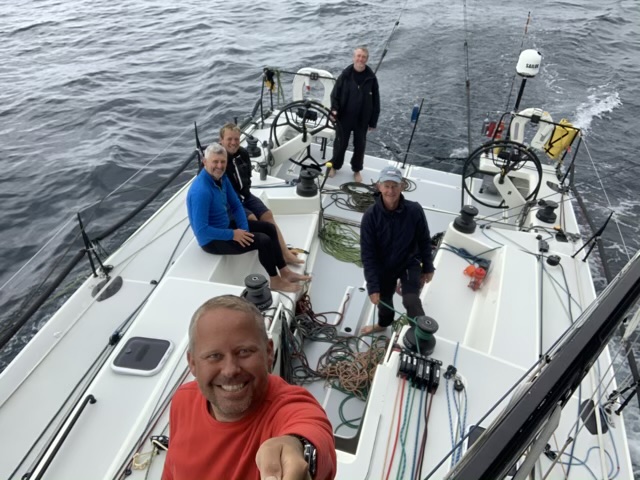 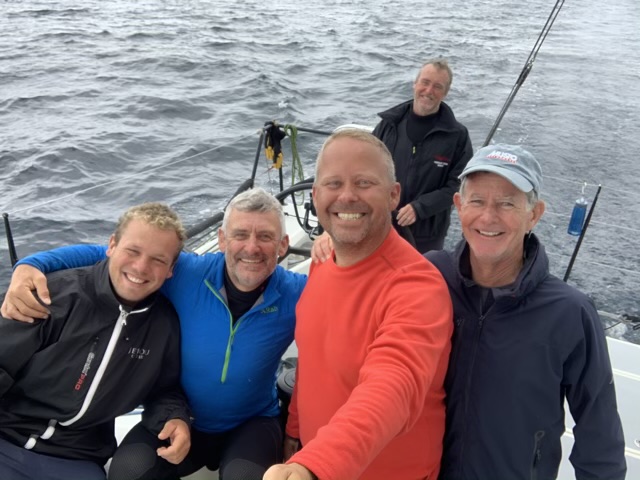 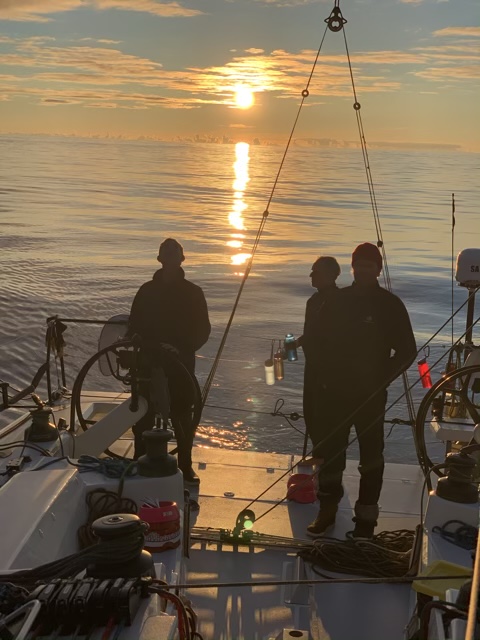