Just 60 miles off the coastline of Ireland now and you can feel we are returning to civilisation. I awoke to come on deck to a relatively calm ocean, sun up, 6 knots of wind from the SW but a sky alive with airplanes. Although they are 6 miles above us, we could hear them as they set off on their western travels.

Still not gybed or tacked... we've done a selection of sail changes through the night keeping the polar performance (a target speed system in the boat) as high as possible. Similarly, as we came into the continental shelf and the water depth quickly changed from 4500m deep to 250m deep, an area of sea was alive with about 9 fishing vessels and we've also heard coastguard work taking place on the VHF. If this was land and it went up 4250m in a few miles it would look amazing... just shows its a world we don't really know.

Our battery issues are somewhat better. It seems one of the house batteries was stealing everything from the others and then giving up... we're down to 2 and being careful with power usage but in much better shape now so Andy & I rejoined the watch system last night. With Satcom usage restored, all eyes returned to the tracker and the want to retain the lead. Going to be tough considering the conditions but all want to win.

The routing software wants to take us on a tour around the south of Ireland, but there is so little variance, we're going straight for lands end. Hope it works! Alice & I have just been planning the meals to the end... nice set of clean, empty shelves it looks like. Probably will run out of chocolate tomorrow night which could cause some distress! Aladin kindly made crepes (not pancakes!) for breakfast this morning and he's likely to be asked to do so again as they were extremely good. Griff's going to be disappointed (unless he's got really good vision).

Looks like we're going to pass 25 miles from the Fastnet rock which he was very keen to see... just have to come back and do the race instead. ETA looks like Thursday Night at present... but in the lottery of yacht racing... don't hold your breath! 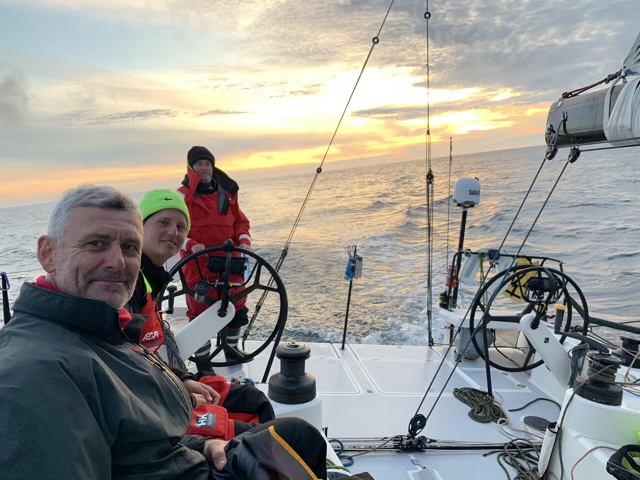 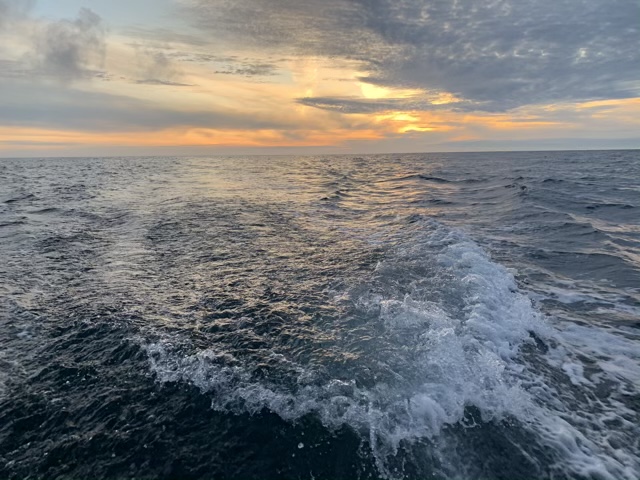